You are here: Home / GEC STATEMENT OF FAITH.

“Gospel Evangelist Church at Boulder believes the word of truth, as it is written in the Holy Bible, Authorized King James Version.”

—The KJV is the Bible for this church.

Many Deny Or Pervert The Following…

2. The Deity Of Christ (Christ As Creator)

6. The Bible Is The Inspired Word Of God

7. Everlasting Punishment In The Lake Of Fire For The Unsaved

If a pastor denies one of the above… then get out and find a Bible preaching church.

The above statement; excerpt is from page 41 of the Chick Publications book titled, “The Next Step for Growing Christians” copyright 2006 by Jack T. Chick LLC. ISBN: 987-0-93-795804-9. Chick is where our ministry gets its gospel tracts. Chick tracts actually get read and people love them, so we love them too! We use thousands of Chick tracts; and we send out thousands to missionaries around the world through the Chick Mission Fund. Amen.

GOSPEL EVANGELIST CHURCH, LLC is a King James Bible preaching church. We fully accept and believe in every one of these seven things.

Listed here are some of the common points of a statement of faith; there are many more that could be included.

—II TIMOTHY 3:15-17, KJV. 15 And that from a child thou hast known the holy scriptures, which are able to make thee wise unto salvation through faith which is in Christ Jesus.
16 All scripture is given by inspiration of God, and is profitable for doctrine, for reproof, for correction, for instruction in righteousness:
17 That the man of God may be perfect, throughly furnished unto all good works.

—MATTHEW 1:21-23, KJV. 21 And she shall bring forth a son, and thou shalt call his name JESUS: for he shall save his people from their sins.
22 Now all this was done, that it might be fulfilled which was spoken of the Lord by the prophet, saying,
23 Behold, a virgin shall be with child, and shall bring forth a son, and they shall call his name Emmanuel, which being interpreted is, God with us.

—ROMANS 5:8-11, KJV. 8 But God commendeth his love toward us, in that, while we were yet sinners, Christ died for us.
9 Much more then, being now justified by his blood, we shall be saved from wrath through him.
10 For if, when we were enemies, we were reconciled to God by the death of his Son, much more, being reconciled, we shall be saved by his life.
11 And not only so, but we also joy in God through our Lord Jesus Christ, by whom we have now received the atonement.

—REVELATION 20:10-15, KJV. 10 And the devil that deceived them was cast into the lake of fire and brimstone, where the beast and the false prophet are, and shall be tormented day and night for ever and ever.
11 And I saw a great white throne, and him that sat on it, from whose face the earth and the heaven fled away; and there was found no place for them.
12 And I saw the dead, small and great, stand before God; and the books were opened: and another book was opened, which is the book of life: and the dead were judged out of those things which were written in the books, according to their works.
13 And the sea gave up the dead which were in it; and death and hell delivered up the dead which were in them: and they were judged every man according to their works.
14 And death and hell were cast into the lake of fire. This is the second death.
15 And whosoever was not found written in the book of life was cast into the lake of fire.

—TITUS 2:11-14, KJV. 11 For the grace of God that bringeth salvation hath appeared to all men,
12 Teaching us that, denying ungodliness and worldly lusts, we should live soberly, righteously, and godly, in this present world;
13 Looking for that blessed hope, and the glorious appearing of the great God and our Saviour Jesus Christ;
14 Who gave himself for us, that he might redeem us from all iniquity, and purify unto himself a peculiar people, zealous of good works.

Let’s Pray! Who wants to BE SAVED. STUDY THE WORD OF TRUTH. BE VIGILANT. BE WISE.

—JOHN 3:16-17, KJV. 16 For God so loved the world, that he gave his only begotten Son, that whosoever believeth in him should not perish, but have everlasting life.
17 For God sent not his Son into the world to condemn the world; but that the world through him might be saved.

—II TIMOTHY 2:14-16, KJV. 14 Of these things put them in remembrance, charging them before the Lord that they strive not about words to no profit, but to the subverting of the hearers.
15 Study to shew thyself approved unto God, a workman that needeth not to be ashamed, rightly dividing the word of truth.
16 But shun profane and vain babblings: for they will increase unto more ungodliness.

—I PETER 5:8-9, KJV. 8 Be sober, be vigilant; because your adversary the devil, as a roaring lion, walketh about, seeking whom he may devour:
9 Whom resist stedfast in the faith, knowing that the same afflictions are accomplished in your brethren that are in the world.

—DANIEL 12:1-3, KJV. 1 And at that time shall Michael stand up, the great prince which standeth for the children of thy people: and there shall be a time of trouble, such as never was since there was a nation even to that same time: and at that time thy people shall be delivered, every one that shall be found written in the book.
2 And many of them that sleep in the dust of the earth shall awake, some to everlasting life, and some to shame and everlasting contempt.
3 And they that be wise shall shine as the brightness of the firmament; and they that turn many to righteousness as the stars for ever and ever.

Thank you for being here and reading through all the material presented. Kindly understand this church is in various building phases; lots of things are changing and moving forward. Nothing is set in stone, sort of speak. Might you allow freedom of movement, as we move onward. Another note is that statement of faith documents are sort of odd. How many people truly read through and understand their church’s statement of faith. All to often, it could be a copy and past text, that may have little validity to their ministry. So, what we have done here at GEC is create a PRAYER OUTLINE, for Gospel Evangelist Church, as our statement of faith. The above excerpt from Chick Publications is simply an overall guideline of what every bible believing church should believe. Kindly go over and peruse our version of a statement of faith, in the form of a manner of prayer outline. Thank you for your gentleness.

Are you a labourer in the Lord’s harvest and filled with the Holy Ghost? Do you give yourself continually to prayer and to the ministry of the word? Are you diligent in preaching to win lost souls for the kingdom of God, also believes the King James Bible? Then let’s build together! The Comforter, which is the Holy Ghost, is teaching us all things, and showing us how to: prepare and make; a filled, low, straight and smooth… GOSPEL EVANGELIST CHURCH, STUDY – GATES – CONCOURSE. Be in touch with Preacher John. Oui?

As it is written in the book of the words of Esaias the prophet, saying, The voice of one crying in the wilderness, Prepare ye the way of the Lord, make his paths straight.
The Holy Bible — Luke 3:4, King James Version. 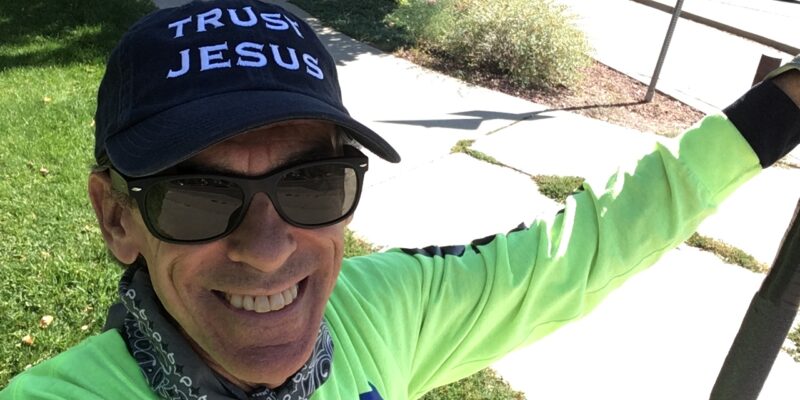