You are here: Home / JOURNAL / Man Became a Living Soul

Man Became a Living Soul…Genesis 2:7 (KJV) And the LORD God formed man of the dust of the ground, and breathed into his nostrils the breath of life; and man became a living soul.

In the fourth hour of prayer today, which means that I had prayed and spent time in the Spirit ending my fourth hour! This is normal for me…my previous discourse about prayer goes into more detail of my prayer life. Anyways, in the Spirit I saw how the Word comes into the two cells that come together to make a person. By the way, the SwordSearcher Bible Software (not a paid endorsement) is very helpful.

And then this phrase, man became a living soul, really made a lot of sense to me. It sort of like, became more real than ever before. I mean really, how many times have I read or listened or studied the book of Genesis, including Genesis 2:7? Like, probably 100 times in the last 40 years! But today, the Spirit revealed more understanding in these 4 or 5 words, Man Became a Living Soul!

Note here: VerseClick™ “Providing verse text for all Scripture references removes any excuse not to look up the verses.” –AV1611

Fellowship with the Lord is the price tag

Time, much time, in prayer and in fellowship with the Lord is the price tag for gaining greater understanding in the Word of God. Realize that there are many different layers to knowledge. Jesus discussed this aspect of who He is with the Disciples. Remember, Jesus is the Word of God!

Wow…as soon as I typed that, I felt a rush of excitement…I love Jesus with everything I am and pray that the Spirit continues to increase my capacity to receive more of God. Actually, that should be a desire for every Christian…to have more of God! I hear it in songs, but I don’t see it anywhere else at large. Yes, in small circles there are people, probably millions of Christians who are seeking a greater walk and greater understanding of God. Isn’t that wonderful?

Cell groups are created very similar to our bodies

In creating cell groups (John’s membership link) that will form the body of Christ in Gospel Evangelist Church….that sounded kinda weird saying it that way…oh well, these cell groups are created very similar to our bodies. It’s such a good example to use to describe the cell group phenomenon going on around the world in the church. It’s similar to Genesis 2:7 again, let me paste it right here again…

Do you see it? “the LORD God formed…” This is something like Jesus said in Matthew 16:18…

Matthew 16:18 (KJV) And I say also unto thee, That thou art Peter, and upon this rock I will build my church; and the gates of hell shall not prevail against it.

The words, “I will build my church”, relates a little bit to Genesis 2:7 words of “the LORD God formed” Can you see it now? God is building His Body and that Body is the Body of Christ…the Church of God! Each of us Christians are all called to be ministers and create what the Lord has showed us to create.

Everyone of us has a calling to do a specific thing

I think everyone of us has a calling to do a specific thing, while we’re alive on earth. However, the moment that calling comes to us, the enemy, Satan, comes to steal, to kill, and to destroy everything God is doing in us and in earth. That’s why we each need a lot of prayer. By praying, especially in the Spirit, I respectfully mean tongues: a spiritual language gift that is given to every born-again person who is baptized with the Holy Ghost, and with fire…see Matthew 3:11

Matthew 3:11 (KJV) I indeed baptize you with water unto repentance: but he that cometh after me is mightier than I, whose shoes I am not worthy to bear: he shall baptize you with the Holy Ghost, and with fire:

Writing the last paragraph made me stop for a moment and ponder the idea of praying in tongues and why it is so hated and fought by Christian teachers, preachers, pastors, and ministers from mainline denominations. Could it be that Satan is working through this misinformation about tongues so that the Body of Christ will not be formed, according to Satan, or even the Body of Christ be deformed, according to Satan, and even going so far as to say that Satan may be attempting to abort (murder) the Body of Christ before it is fully formed? My my, that is some heavy duty thoughts! No wonder I had to stop for a bit and consider what I just wrote. Take a look at this famous verse…

Who do you thing the thief is? We can see that the thief’s job is to steal, and to kill, and to destroy! Why do we think that Satan, the thief, is a good guy and not to be feared or basically embarrassed? This is rampant through the world today. And young people love it because it’s all repackaged to look like fun and excitement and or course, normal! There are many believers who are dangerously toying with Satan’s Kingdom. Be Ware Brothers and Sisters!

The world was made by God

I just love this verse! God did the forming…not evolution and not by a meteor and not by an explosion unexplained! Creation is not an accident waiting to be repaired! The world was made by God, the Father and the Son and the Holy Ghost! It’s right here in this verse…

And this verse here tells of the three person Godhead…

1 John 5:7 (KJV) For there are three that bear record in heaven, the Father, the Word, and the Holy Ghost: and these three are one.

Breathed into his nostrils

By understanding who God is…how God creates…why God creates…when God creates…what God creates…(did I forget one, who-what-when-where-and sometimes why?) ….oh yea, where God creates! I’m laughing now, because God is so funny…He’s got a great sense of humor! I love you Jesus!

Breathed into his nostrils…now that is amazing! Think about what the medics do when they get on the scene…the do mouth to nose or mouth to mouth resuscitation! There is so much here, my mind just flies off into who knows where…lol

Look at the words…the dust of the ground…can you just see more into those five words? Yes I know we can simply look at the black and white letters and only read those words for face value. But, it seems to me there may be more beneath these words and well, all the Words of God! The Word of God is the Living Word! The Lord Jesus Christ, the way, the truth, and the life!

Guys, let’s spend more time, at least 10 minutes, in God’s Holy Word! And please, deeply consider just studying the Authorized Version, the King James Bible. This will increase your learning of the Word, faster and deeper with greater understanding and greater filling of faith than all the modern versions combined and multiplied by millions!

God bless you all…I love Jesus with all my soul, and everything I am…

In great respect to my readers…

Two services I use to help support the ministry

If you would like to pledge to a brand new missionary type of church, that is being built by creating cell groups, then please use this service to give and support the work. (JC membership link) The idea is to have accountability and transparency regarding finances. Thank you for your faith.

This is a simple and effective service to hold my prayer list of people whom I’m talking with for salvation, ministry and in creating cell groups. (JC commission link) The idea is that after witnessing with a gospel tract, I stay in contact for follow up and prayer. God bless you.

I’ve publicly posted this calendar to be accountable for ‘Touching People For Heaven’ by preaching, interceding, tracts, writing, publishing, podcasting, teaching, and ministering JESUS CHRIST in 2020. You can also see my calendar for my preaching events. I’m on the streets of Boulder, Colorado… Sunday thru Thursday and out of town every Friday. Working six days a week in 2020. Let’s preach together…

The next step — Building a new church.

If you’re a believer, filled with the Holy Ghost, give yourself continually to prayer, and to the ministry of the word, and diligent in preaching to win lost souls for the kingdom of heaven, also believes the King James Bible; then let’s go to work. The Comforter is teaching us how to: prepare and make; a filled, low, straight and smooth… Gospel Evangelist Church: GEC Truth Study, GEC Heart Fellowships, and GEC Family Concourse. The next step is to be in touch with Preacher John. Oui?

Let’s go to work for JESUS!

As it is written in the book of the words of Esaias the prophet, saying, The voice of one crying in the wilderness, Prepare ye the way of the Lord, make his paths straight.
—Luke 3:4, KJV 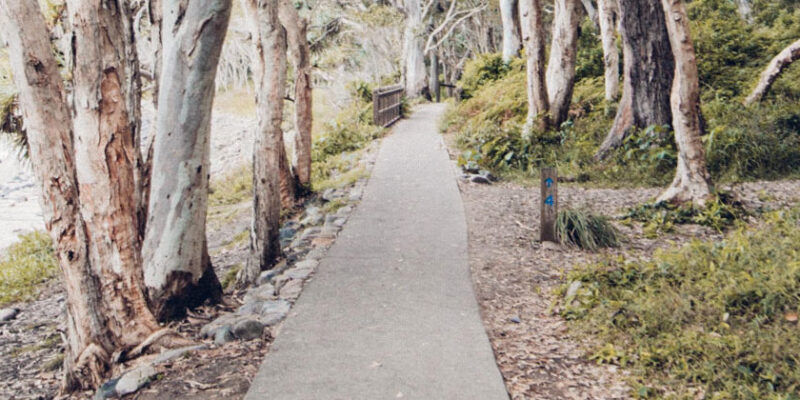